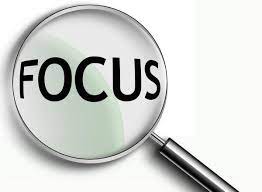 I observed a very exotic horse on a show grounds the day before he was to compete. He was an Iberian horse of some sort who obviously had a lot of training. But unfortunately he was totally wired. A thumbnail: held together, tense throughout, unable to stand still in a halt or make a clear four beat walk. All his trot work was very cadenced and suspended but not going forward. Even his medium trot did not track up. The canter was equally problematic. He would switch behind at times, and in both the pirouettes and the tempis he seemed blocked. I kept thinking "circus."

I watched his rider school him for over an hour, doing all the movements he would perform in fourth level and PSG plus some much more collected trot work (think p/p). It wasn’t that she rode badly, and anyway, everyone – whether horse or rider – can have a bad day. That’s not my complaint.

What struck me, however, was through all this schooling, nothing got better, and the essence of the problem was never addressed.

Whether you are competing in a month or tomorrow or in 15 minutes, it will never come out right in the arena if the horse isn’t relaxed, stabilized in his gaits, and carrying himself.

There seemed to be no issue about him needing to learn the movements, so why practice them endlessly? It would’ve been much more productive to spend that time in walk and trot, reminding him to decompress and stretch long and low and slow the crazy pinwheels in his mind.

Exercises like stretching a horse on a circle or releasing the inside rein to test his ability to carry himself, when mastered, exist to rehab problem horses like this one (which is not to say that every horse shouldn’t profit by them!)

As a trainer there are simply times to step back from your work and reevaluate your methodology if it’s not bearing fruit.